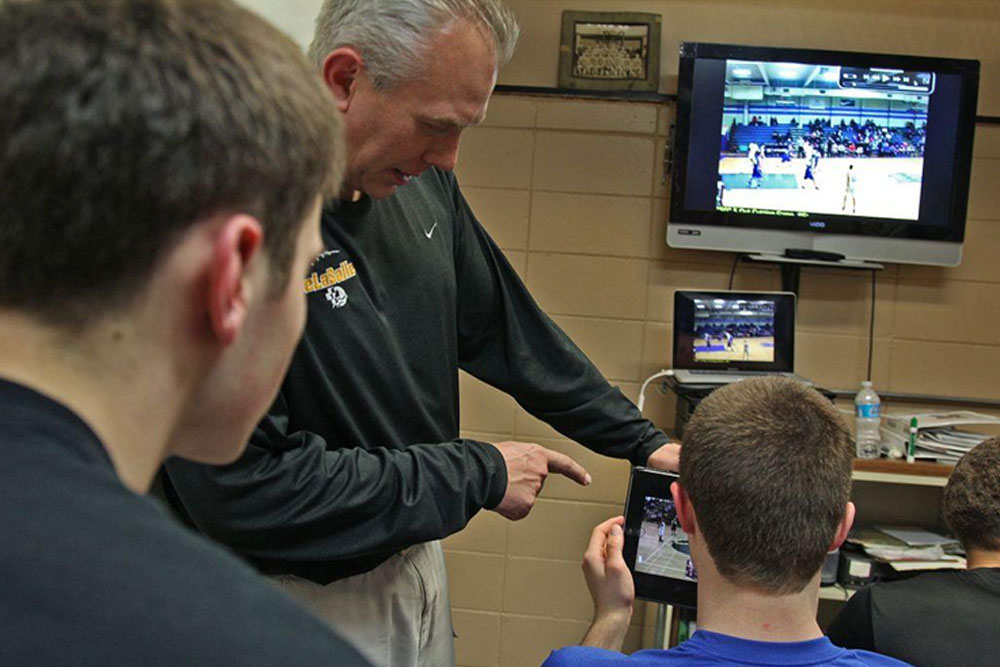 When it comes to basketball, there are going to be a wide variety of things you can do to better improve your game, better prepare for your opponent, and set yourself up for continued success in the sport.

One of those advantages will come with game film, giving you a chance to study the way you and your opponent play. Unfortunately, most basketball players won’t get introduced to watching game film until they enter college. Those that do learn it in high school won’t utilize it as much as they should.

Game film will bring plenty of benefits to your skill and basketball IQ. After all, it’s what the professionals do. If you want to play like the best, you have to study like the best.

Let’s take a look at some of the major benefits you’ll receive when you start to watch game film religiously.

This is the part of the process every player loves — improving their own game. That’s going to be everyone’s main goal, to be the best player they can be. When trying to reach that level, most players will rely on their coach to tell them what they need to improve on. With game film, you become the coach.

Game film allows you to see how you play from a perspective you’re not used to seeing it from — the same perspective everyone else sees. You can view it in real time, slow it down, or fast forward to see how things play out in different angles.

Preparing For Your Opponent

This is the part of the process most players will neglect — learning their opponent. Many players will go into every game thinking, “As long as I play my best, we should win.” The truth is, sometimes your best won’t be enough.

Once you watch enough game film, you’ll notice a level of confidence come gameday that you didn’t have before. You’ll feel more prepared for the game and that will allow your true skills to shine. When you prepare like the best, you’ll start to play like the best — and that’s all we ever wanted.

Now take what you’ve learned and start to show the rest of your teammates so everyone can stay prepared throughout the season and off-season.

Improving Chemistry Through Team-Building Activities Off the Court