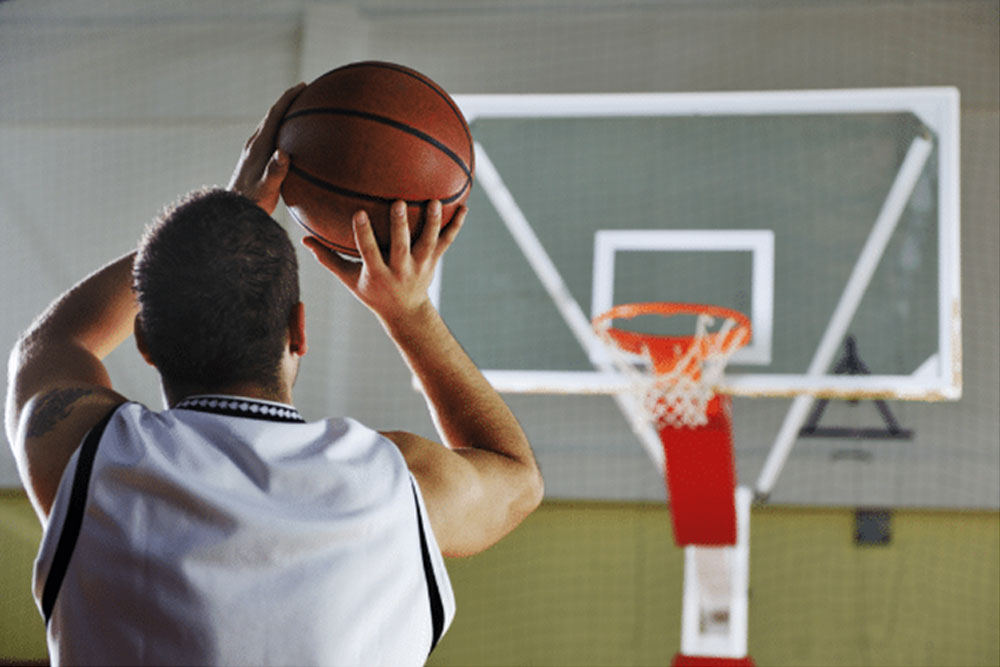 The shot fake is a very basic move in basketball, but can be one of the most effective ways of creating space and fooling the defense. It is known as one of the triple threat moves, which are moves performed after you receive the ball, but before you begin your dribble.

With the shot fake, it’s quite self-explanatory, yet many coaches and players at the lower levels neglect mastering this art. This move is especially effective when the ball handler is known to be a shooter, since the defense will likely fall for the fake.

Enough chit-chat, let’s dive into what a shot fake is, how to use it, and some common mistakes to avoid.

What is a Shot Fake?

The purpose of the shot fake is to get the defender thinking you are about to shoot so they give up their defensive positioning. When you fake the shot and they bite on it, it allows you an opportunity to blow by them while their feet aren’t set.

When learning the shot fake, it’s important to realize that this is similar to acting. You want to sell the fake, so you want to imitate the same motions you go through in a normal shot. This will get the defense thinking you’re about to shoot, successfully completing the shot fake.

With the shot fake, you can create space to either drive the ball to the basket, perform a dribble pull-up shot, or drive and find an open teammate to dish to. The possibilities are endless if you can master the shot fake, allowing you to become a more effective basketball player and teammate.

The shot fake is very easy to practice and can be done by yourself, with a teammate, or with the entire team. In order to begin, all you will need is a basketball — I suggest grabbing some friends and finding a basketball court to use.

In this drill, all you’re going to do is pick several spots on the court that you would like to “shoot” from. It might be best to start with some spots that you’re comfortable with to ease yourself into it.

Have one of your teammates control the ball while you get open. When you get to your spot on the floor, call for the ball with your hands up and get ready to receive the ball. The deceiving begins here because you want to make it look like you are 100% interested in shooting the ball.

When the ball is on your way to you, you’ll want to follow proper shooting technique. This will include squaring up to the basket, stepping into your shot, and keeping your eyes forward — or on the basket like you’re about to shoot.

Once you receive the ball, you’ll want to seamlessly start to go up for a shot. When you see the defender move to either block it or put his hands in your face to disrupt the shot, you know you’re in the clear.

This is where you will have a decision to make. From here, you can either side step to the left or right for your own shot, pick up your dribble and move around the caught defender and find an open teammate, or drive to the basket for a bucket.

When practicing your shot fake, it’s important to make sure you keep your eyes up, avoid rising up on your shot fake, keep your feet on the ground, sell the shot with your eye and head movement, and most importantly keep the same motions you normally use with a shot.

Bouncing Back After a Loss in Youth Basketball

Benefits of Youth Basketball in Your Community