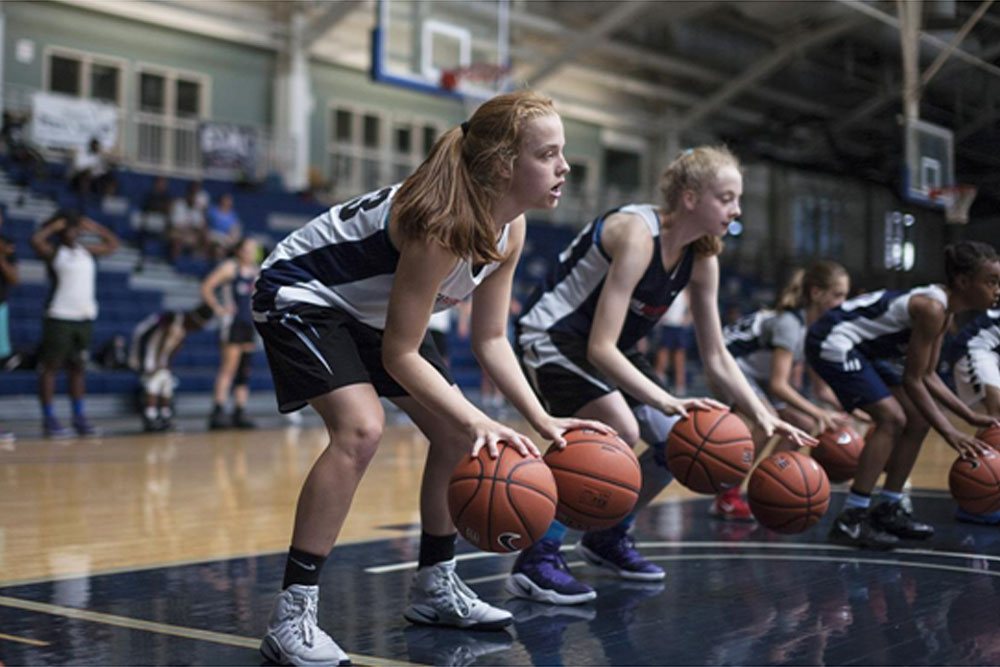 When maximizing your development and ability as a young basketball player, you should be ready to work on three main areas of your game — athleticism, basketball IQ, and mentality.

Your athleticism will play a major role in your ability to develop as a player. Not only can it unlock new strengths in your game, but it can allow you to compete with the best on every play. Improving your athleticism isn’t easy, but it can be done with repeated effort.

You’ll want to focus on several key areas when working out. Speed, endurance, strength, agility, balance, vertical, hand-eye coordination, reaction time, and flexibility can all play to your advantage on the basketball court.

When you think of IQ, you think of intelligence. When it comes to basketball IQ, it’s about understanding the game of basketball, the schemes involved, positioning, plays, and having a flow for the game in general.

Basketball IQ is improved by practice. Whether it’s shooting practice, layups, defensive drills, dribbling, passing, rebounding, footwork, everything is equally important. The earlier you can get accustomed to watching tape and video of your opponent, the quicker you’ll learn to see the game from all angles.

Any athlete will agree that you will struggle getting anywhere in your respective sport without a certain mentality. Between the constant athletic training and basketball practice, this sport isn’t easy to maintain. Without that mentality to keep grinding and continuing your mission to improve, you’ll either lose your passion for the game or get left behind by those serious about it.

There are several traits you will need to develop in order to stand out from the rest. These include leadership, confidence, decision-making skills, ability under pressure, toughness, tenacity, and fearless attitude.

If you feel you’re not getting that attention you deserve at your level and fear that your opportunity is slipping away, returning back to the basics can help you get back on track. Get in the gym, work on your craft, and work on yourself. Everything else will fall into place.